I am really proud UNC-TV showed my documentary Broadcast:  A Man and His Dream on the 19 of February 2015.  I am happy to share the documentary about Ralph Epperson and the early days of WPAQ on my favorite television station.  Ralph’s stories and recordings helped me experience the mountain music first hand.  I hope the people who watch it will feel the same way I do.

I have watched UNC-TV since I was a little boy.  When I was three I started watching Mister Rogers Neighborhood.  I liked Fred singing and talking to me like he was in my room.  He would tell me “I like you just the way you are”.  That would help me every day.  In 1997 and 2000 I went to see Fred tape in Pittsburgh.  He was really nice to me and a good friend.  I saw him again in 2002 before he died.

Ralph Epperson and Fred Rogers made me feel really special when they talked to me  I miss them still.  It was so cool that the premiere of Broadcast:  A Man and His Dream was on the forty seventh anniversary of the first Mister Rogers Neighborhood program on national television.  The 19 of February was a beautiful day in my neighborhood with my friends Ralph and Fred looking down on me. 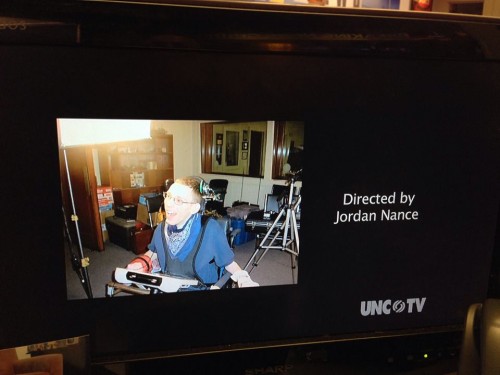